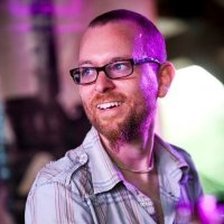 "Very professional and dedicated! I really appreciate the way he works and respond when working with different artists from different genres of music. It's not easy; so much respect for that!"
-- Youssef Y. (Producer)

"I don’t think I can find an engineer that works this well."
-- Hardy Cherenfant (Hip Hop)

"Josh is both extraordinarily talented at what he does and is very attentive on a personal level."
-- Karl Kuban (Folk)

"Producing with Josh is a breeze. Beyond being a brilliant sound engineer and mixer, Josh is a great musician. And that means he gets it immediately and understands your needs telepathically....He was so receptive and patient.... And then delivered way ahead of schedule!"
--Adrian ("Instant Wellbeing" Rock)